ONLY ONE NEW PORT VIABLE … 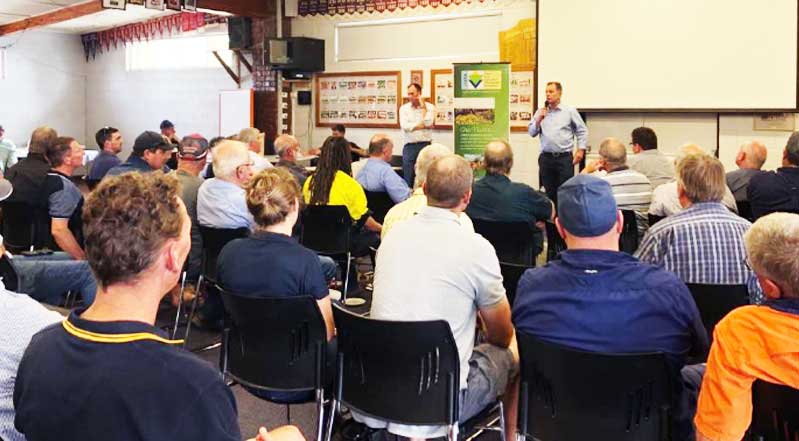 Primary Industries Minister Tim Whetstone addresses graingrowers at Cummins on Tuesday. He and the state government were in attendance at the meeting about EP ports to keep abreast of any developments in the future of the projects.

ONLY one of two major port projects on the Eyre Peninsula would be viable, according to a contingent of about 150 graingrowers who gathered at Cummins on Tuesday.

While there were differing views in the room, the majority of growers appeared in favour of building a multi-user port facility with cross commodity access.