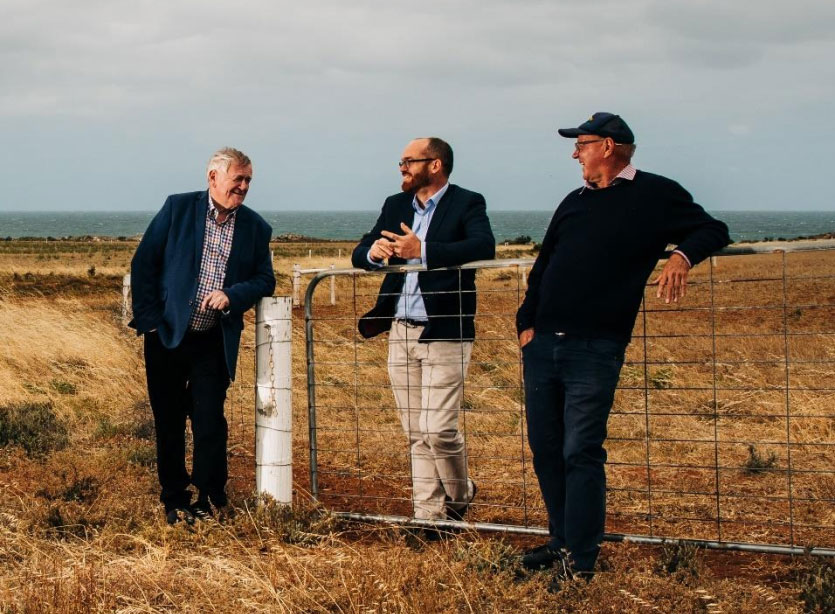 Mr Newman brings over 20 years’ experience in infrastructure and project financing and advisory across a broad range of public and private sector developments of State and national significance. He joins Portalis after 13 years as a senior infrastructure developer in the Adelaide office of Macquarie Capital, one of the joint developers of Cape Hardy (Stage I). Macquarie Capital is part of Australian headquarter global infrastructure leader, Macquarie Group.

Mr Newman’s appointment will provide Portalis with a vital leadership resource as the $250 million project continues to progress toward a final investment decision.

“In my previous role, I led Macquarie Capital’s involvement in the Cape Hardy port project and as a result I have spent considerable time with more than 200 growers on the EP. I am looking forward to spending more time with the EP community and bringing my infrastructure project expertise to bear in this exciting new role,”  Mr Newman said.

“Cape Hardy Stage I would be transformational for the EP, and this has been recognised by its inclusion in Infrastructure Australia’s priority project list, a $25 million grant commitment from the Federal Government, and the endorsement of local and regional bodies such as Regional Development Australia Eyre Peninsula and the Eyre Peninsula Local Government Association.”

“This project presents a once-in-a-generation opportunity for the Eyre Peninsula. It provides EPCBH and its grower members with a rare chance to take greater control over critical grain infrastructure by having a meaningful stake in the port. Importantly, Cape Hardy is in the ideal location to open up significant economic opportunities for the EP by becoming a true multi-commodity, multi-user port.  EPCBH members will benefit from that growth,” he said.

“It’s absolutely critical we get this right and Andrew’s knowledge of the project and significant experience leading major infrastructure projects ensures he is ideally suited to drive this project forward. I am delighted that someone of Andrew’s calibre has decided to dedicate his expertise to our project.”

“Andrew has been an integral part of this project for more than 12 months and understands that growers want more competition, greater control of their future and meaningful long-term equity in critical grain infrastructure,” he said.

“He’s racked up thousands of kilometres of travel across the EP listening to growers on the issues that matter to them to ensure Cape Hardy delivers what they need now and long-term security for the local grain industry.”

For more information about the project, visit www.portalis.com.au